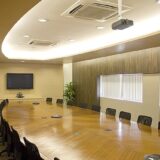 The Companies Act, 2015 has introduced and codified the general common law duties and equitable principles of a director in the Act. The general duties however will continue to be applied and interpreted in the same way as the corresponding common law rules and equitable principles. This will act as a guide to the directors and ease the burden for non-specialized and smaller companies to ensure improved corporate governance. These general duties are owed to the Company

Constitution and only exercise powers for the purposes for which they are conferred. In essence this means that directors must abide by the memorandum and articles of association (the constitution of a company) when carrying out their duties. They must also exercise the powers conferred by the Constitution for proper purposes only and act in the best interests of the company.

A director of a company shall act in the way in which the director considers, in good faith, would promote the success of the company for the benefit of its members as a whole, and in so doing the director shall have regard to —

(a)the long term consequences of any decision of the directors;

(b) the interests of the employees of the company;

(c) the need to foster the company’s business relationships with suppliers, customers and others;

(d) the impact of the operations of the company on the community and the environment;

(e) the desirability of the company to maintain a reputation for high standards of business conduct; and

(f) the need to act fairly as between the directors and the members of the company.

(3) The duty imposed by this section has effect subject to any law requiring directors, in certain circumstances, to consider or act in the interests of creditors of the company.

The duty essentially requires the Directors to act bonafide and in the benefit of the interests of the members of the company. The directors are also required to give proper consideration in decision making process and therefore in case of any consequences likely to arise, they would still be held accountable. As also highlighted in sub-section 3, in some decisions of the company, the Directors are required to act in the interests of its creditors.

A director of a company shall exercise independent judgment:

This would mean that a person who is appointed on that basis must accept that their obligation to the company cannot be discharged, and may be breached, by accepting instructions from the appointer. A director is allowed to look after the interests of their appointer, but only in so far as that is compatible with the interests of the company.

This is provided as:

In performing the functions of a director, a director of a company shall exercise the same care, skill and diligence that would be exercisable by a reasonably diligent person with

This means that Directors must continue to act with reasonable skill and care. If they have special skills or knowledge then they will be expected to exercise them (i.e. an advocate serving on the board is expected to discharge his/her duties with the competence of a lawyer). Otherwise they will be measured against the standard of a reasonable person occupying their position.

Under this section, a director must avoid a situation in which he has, or can have, a direct or indirect interest that conflicts, or possibly may conflict, with the interests of the company. The provision incorporates the long-standing common law rule that directors, like any other person who has fiduciary responsibilities, must respect the trust and confidence placed in them and should do nothing to undermine or abuse that trust and confidence.

The practical effect of the rule is that where directors find themselves in any situation where their own personal interests clash or may clash with the interests of their company, the interests of the company must be put first: indeed, directors should strive to ensure that situations where they could be called upon to make such a decision do not arise in the first place.

In this section Directors should ensure that they do not receive any benefits not provided for, or allowed, under the constitution of the company. The only exceptions will be benefits that are so minor that they could not be thought to influence the director in any way.

This rule is also intended to ensure that a director is not distracted from performing his or her duty to the company by rewards offered for doing unspecified things (or not doing any such things). By virtue of section 147(4), however, there will be no breach of duty if the acceptance of the benefit by the director cannot reasonably be regarded as likely to give rise to a conflict of interest: so immaterial benefits and those which are entirely unrelated to the affairs of the company may be accepted.

We organize trainings for the Board of Directors on the Kenyan Companies Act, 2015. If you would like to register a limited liability company in Kenya or require company secretarial services in Kenya, please contact us on info@capitaregistrars.co.ke or by phone on +254709747555