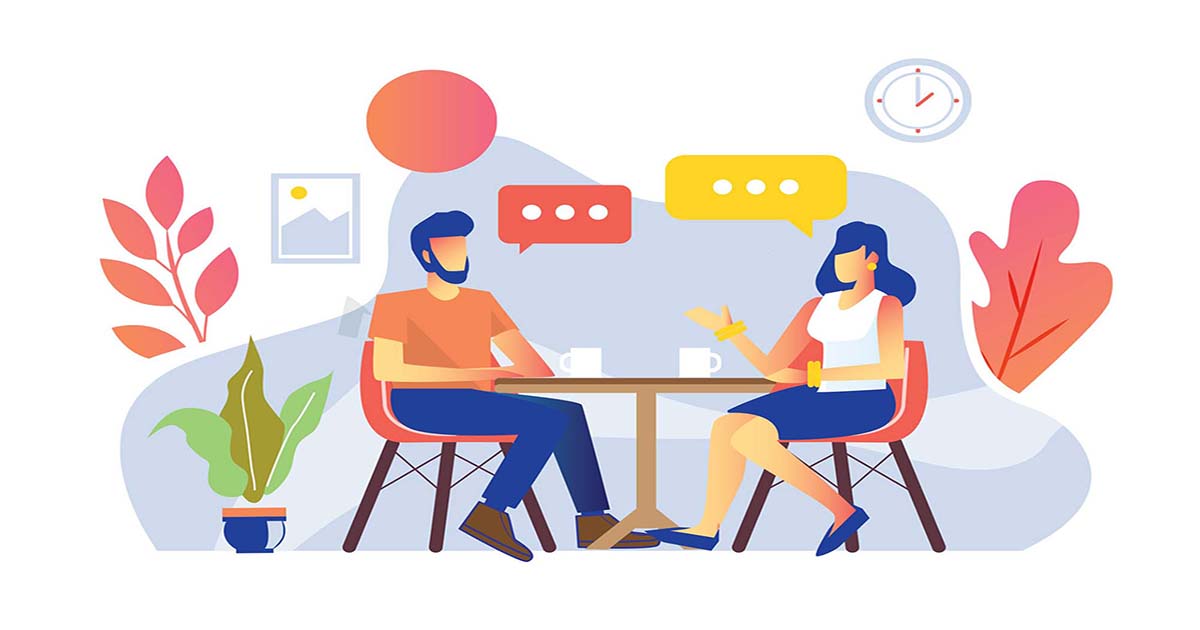 Establishing an ESOP in Kenya

Establishing an ESOP in Kenya

An employee share ownership plan (ESOP) is a mechanism that enables and facilitates employee ownership in a company. Employee ownership schemes are an attractive form of giving employees an opportunity to participate in the ownership and decision making of their company. An employee share ownership plan (ESOP) is an arrangement between an employer and an employee, whereby the employee is granted rights to own a defined number of shares in the company, usually at a discounted price and upon fulfillment of pre-set conditions. A company can implement ESOPs in a number of ways including;

How an ESOP works

It is a kind of employee benefit plan, similar in some ways to a profit-sharing plan. In an ESOP, a company sets up a trust fund, into which it contributes new shares of its own stock or cash to buy existing shares. Alternatively, the ESOP can borrow money to buy new or existing shares, with the company making cash contributions to the plan to enable it to repay the loan. Regardless of how the plan acquires stock, company contributions to the trust are tax-deductible, within certain limits. Shares in the trust are allocated to individual employee accounts. When employees leave the company, they receive their stock, which the company must buy back from them at its fair market value (unless there is a public market for the shares). Employee ownership can be accomplished in a variety of ways. Employees can buy stock directly, be given it as a bonus, can receive stock options, or obtain stock through a profit sharing plan. Some employees become owners through worker cooperatives where everyone has an equal vote.

The company appoints a trustee (or trustees) who holds the shares in trust on behalf of the eligible employees. Shares or units in the trust are then allocated to individual employee accounts on the vesting day as per the terms of the trust deed of the ESOP. Allocations are made either on the basis of relative pay or some other preferable formula. As employees accumulate seniority with the company, they acquire an increasing right to the shares in their account, through a process known as vesting. This means a fixed period of time between the date of offer by the employer and the date after which the option to purchase can be exercised by the employee.Vesting is pegged on condition that the employee is in employment with the company at the vesting date. Vesting of the shares can either be done all at once (cliff vesting) or gradually. The trust deed of the ESOP will stipulate among other terms, when an employee can leave the ESOP and what happens when the employee leaves.

There are 3 types of schemes in use:

Profit sharing scheme – this is based upon a trust, which must be established for the purpose. The trustees receive payments from the company and apply these payments in acquiring the ESOP shares. These shares are then ‘appropriated’ by the trustees to eligible employees in accordance with the trust deed and rules of the scheme.

Savings-related share option schemes – this is linked to a savings contract. The eligible employees are offered options to subscribe for the ESOP shares with the price payable on exercise being fixed at the date on which the option is granted.

Share option scheme – participants are granted options to acquire the ESOPs shares. The subscription price is fixed at the date of grant of the option. There may be provisions requiring exercise of the option within strict time limits.

USES OF AN ESOP

MATTERS TO CONSIDER WHEN SETTING UP AN ESOP

Capacity of the company to establish the ESOP

A company may only establish an ESOP if it has the corporate power to do so under its memorandum and articles of association. Some provide for a specific power to establish an ESOP, but a more general power to remunerate employees should otherwise suffice. If the objects clause of the memorandum of association needs to be extended to enable the setting up of an ESOP, then the alteration needs to be made by a special resolution in line with the Companies Act 2015.

It is necessary for a company, which adopts an ESOP to have sufficient authorized but unissued share capital for the allotment of shares under the scheme. If the authorized share capital is insufficient, it can be increased by an ordinary resolution of shareholders in accordance with Section 405 of the Companies Act 2015.

Trust Deed and Rules of the ESOP

The eligibility of employees, procedure of participating in the scheme, rules of exit, allotment, meetings and other rights and obligations of the parties are usually prescribed by the trust deed and the rules. A clause on the conditions of the vesting of the benefits must be provided for in the trust deed and the rules. It must be clear and notified to the participating employees. This will ensure fairness to employees and not result in instances where an employee feels short changed when they leave.

Corporate and Tax due diligence.

It is necessary to conduct a corporate and tax due diligence to determine any regulatory issues surrounding the company setting up an ESOP. This will involve the study of the various applicable laws, review of relevant documents and structuring. Only then can the transaction advisors propose an appropriate structure and framework for setting up the ESOP.

Consequences of termination of employment

For an ESOP by a listed company, the exit procedure is prescribed under the Capital Markets (Collective Investment Schemes) Regulations. With respect to companies that are not listed, the trust deed and the rules prescribe the procedure of the exit of employees from an ESOP upon termination of their employment. The trust deed should expressly provide for leaving of service before and after the vesting of their benefits. Where the employee leaves the company before the vesting period is over, they lose the right to cash in on the shares.

Any time new shares are issued, the stock of existing owners is diluted. That dilution must be weighed against the tax and motivation benefits an ESOP can provide.

If some form of ESOP is to be established, here is a checklist of key issues that the implementing agency should ensure are being followed.

4. Names of the Proposed Trustees;

5. Board of Directors resolution approving the establishment of ESOP Unit Trust and the appointment of the proposed trustees;

6. Shareholders’ approval for the establishment of the ESOP Unit Trust and the terms of the Trust Deed (where already obtained)

CONTENTS OF AN ESOP TRUST DEED

An ESOP will need to make provision in its rules for participation in the scheme. These will include rules on eligibility and participation limits.

A company may choose to offer its employees the opportunity to acquire shares out of their own resources and it may, for this purpose, create a special class of shares. Such shares are sometimes referred to as employees’ shares. Employees’ shares may be given any rights which the company chooses.

An ESOP will need to make a provision in its rules for the transfer of rights arising from the ownership of shares. These rules will differ depending on the type of scheme in use. The company should therefore set up conditions that must be met before the shares vest in the participating employee.

Requirements for an ESOP established by a listed company

Every ESOP Unit Trust shall have scheme rules which shall include the following:-

At the Grant Stage, the shares ordinarily have no value pegged to them and an option is given to an eligible employee to exercise in the future i.e. upon vesting. As such, during this stage no taxes are triggered on the eligible employees. Taxes would only be triggered during this stage, if any distributions are made by the company to the trustees.

At the vesting Stage, the employee makes a decision as to whether to exercise the option granted or not. As per the provisions of the Income Tax Act if the employee opts to exercise the option, this creates a benefit, similar to any other employment benefit. This is because access to the option is only granted as a result of one’s employment and it is thus not possible to classify this as anything other than a benefit of employment.

Section 5(6) on the other hand provides that for the benefit to be chargeable to tax, the ESOP has to be registered with the Commissioner General of the Kenya Revenue Authority (KRA) as a Collective Investment Scheme (CIS).

The Income Tax Act does not provide explicitly for the tax rules of unregistered ESOPs. In practice however, KRA has adopted the OECD Model. Under this model, the taxable benefit is taken to be difference between the market value at the time of vesting, and the offer price per share at the date the option is granted. The understanding is that such difference in the value of the shares represents a benefit of employment and that such benefit arises at the time of the exercise of the option. Since the share price is likely to have appreciated during the vesting period, the taxable benefit would be higher for members of an unregistered ESOP. In as much as there may be arguments countering such tax treatment, the KRA would always seek to adopt the general rules applicable to employment benefits. It is for this reason that we would always recommend a registered ESOP as the tax rules on this are not only uncontested, but also favorable.

Post vesting of the shares, the employee would become an investor in the company like any other shareholder. Any distributions made on account of the units in the trust constitute dividends from the shares of the company are taxed at 5% (withholding tax). On future disposal/redemption of the units, any gains made will be subjected to capital gains tax, unless the shares are listed on the Nairobi Stock Exchange in which case the gain realized will be exempt from tax.

EXAMPLES OF COMPANIES IN KENYA WITH AN ESOP

An ESOP is a share incentive program offered by companies to their employees allowing them to acquire shares in the company. Providing employees with ownership interest could motivate employees by aligning their interests with those of shareholders, boost employee morale and increase productivity. Having an ESOP is an added incentive to productivity and commitment of employees. This is because they play a part in the ownership and the decision making of the company. Further, dividends from an ESOP by a listed company, when registered with the Kenya Revenue Authority, qualify for tax benefits.

Research shows that the presence of an ESOP at a workplace is significantly associated with employee commitment, higher-performing workplaces, better compensation for employees and increase in profits. Given the potential economic and social benefits of ESOPs, public policy should seek to ensure the improvement of the existing laws governing ESOPs in Kenya to address the various governance matters while considering best practice.

If you would like to establish an ESOP for your employees in Kenya, please let us know on swanjiru@capitaregistrars.co.ke.